‘No’ Still Means No, But What Means Yes? 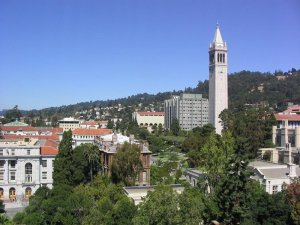 Congress is still a complete dud, but at least our state legislatures are still capable of passing laws. In the wake of what’s been described as “an epidemic of campus sexual assault,” California has passed a law requiring all state-funded colleges and universities to enact affirmative consent policies that strictly define consent to engage in sexual activity. Who knew sex could be so complicated?

As anyone who’s gone to college within the past twenty years or so is well aware, we are not experiencing “an epidemic of sexual assaults” on college campuses any more than we have in the past. Sexual assault, or – why mince words? – rape, has been rampant at American universities for some time, but it’s not until very recently that the media and politicians have decided to openly address the issue.

Tackling sexual assault on campus has proven to be a very thorny issue, largely because colleges are filled with young people who, despite their book smarts and ability to memorize Bob Marley lyrics, are essentially brain dead. At the risk of sounding old, it’s becoming increasingly clear to me that most college students are bad at dealing the two things that thrill them most: sex and booze. And no one can deny that drinking is a major factor in sexual assault, both on campus and off.

The general consensus seems to be that the existing laws against sexual assault are not sufficient to deal with rape on college campuses. That’s probably because the party atmosphere and social culture that surrounds sex in university environments muddies the waters to the point that it’s hard to build a traditional criminal case against an accused rapist (which, from what I understand, is often a difficult task to begin with). Or it could just be that universities do a generally piss-poor job of treating their students as adults on any level, so why should holding them accountable for sex crimes be any different?

And so it’s come to this — California is the first state to require its colleges to set a formal standard for what qualifies as consent, and any accused sexual assailant who cannot show that the standard was complied with will be held accountable.

A strict definition of consent seems like a logical starting point. We’ve all heard the bit of wisdom that “no means no,” but that can leave some students with the murky impression that anything other than “no” means “yes.” And any Philosophy major who passed Intro to Logic knows that’s a fallacy.

So now every California campus will set specific guidelines for what counts as “yes,” and they’ll be tasked with somehow holding students accountable for following those guidelines. Some schools that have already set such standards require a distinct affirmative “yes” for each individual sex act engaged in. It’s downright unsexy, indeed. But unfortunately it appears that some dudes require this type of guidance.

So the students who abide by the affirmative consent standard might have some lame and awkward sex, but it’s not like they’ll know the difference. After all, isn’t bad sex that you think is great at the time what college is all about?

← Shake This!
Some Free Advice for Dan Snyder on the Washington Redskins Team Name →