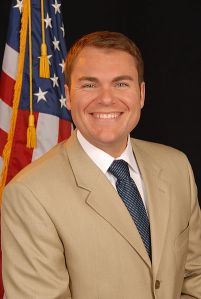 Carl Demaio — would he lie to you?

San Diego is a sorted little berg. For the second time in less than two years, my city is rocked by a political sexual harassment scandal. Last time it was then-mayor Bob “the Feeler” Filner, who was forced to resign from office after being accused of harassment and sexual assault by over a dozen different women. Now, it’s former city councilman and current congressional candidate Carl Demaio, who is being accused of harassment by a former campaign staffer.

Incidentally, Demaio ran against Filner in the 2012 mayoral race. I voted for Demaio and felt that the City made a huge mistake in electing Filner. Within less than a year I was proven correct.

I’ve been planning on voting for Demaio in this year’s election, too. If I do it will be the first time I’ve ever voted for Republican in a U.S. Congressional election. Maybe it’s just my local bias, maybe it’s because there’s something that seems very genuine about an openly gay Republican, or maybe it’s just that he has that classic politician’s charm, but I’ve always liked Demaio.

I suspect that I will still vote for Demaio despite the allegations against him. If it were confirmed that the allegations are true then I certainly wouldn’t, but it seems that this is a he said/he said where the real truth will never become public. But so far Demaio, his campaign, and his party have all vehemently denied the accusations. As they’re quick to point out, Demaio’s accuser was fired from the campaign after committing plagiarism.

I guess I just find it hard to believe that someone who has developed a resume as impressive as Demaio’s lacks the good judgment to refrain from busting his dick out in front of an unsuspecting campaign aid. Of course, Bob Filner had an impressive resume, too, and we all know what he was up to. But Demaio is from a younger generation that understands that there is no privacy in politics these days, especially for an openly gay Conservative. Also, the thought that we had two complete pervs running head-to-head in the same mayoral race just seems a bit far flung. I swear this City isn’t that interesting. I might be wrong, of course, but to only vote when you’re certain is to almost never vote at all.

Things are fairly sorted, sure. I might be voting a Republican with sexual deviant leanings into Congress. But at least he’ll fit right in.