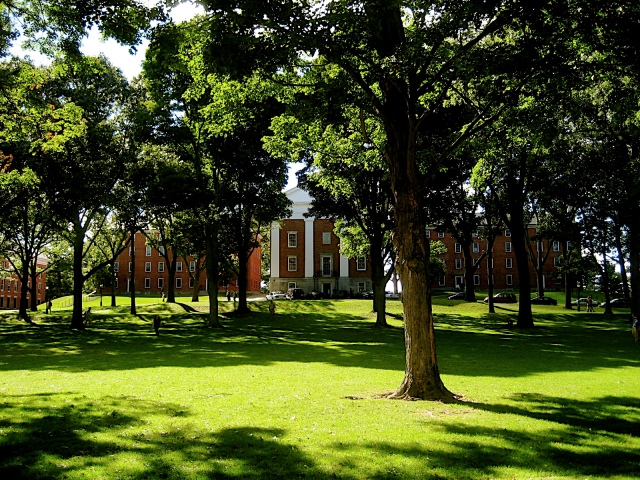 If you ask a loyal member of either end of the political spectrum to discuss which side of the debate has done more to assault and erode Freedom of Speech in America, they will always blame their opposition.  Liberals often point to efforts by moral or religious groups like the PMRC, which sought to suppress popular music with explicit lyrics and was ultimately responsible for the “Parental Advisory” stickers that made certain CD’s look very appealing to me when I was a kid.  While those moral arbiters are more often than not linked with the Religious Right, keep in mind that is not always the case (don’t forget, the PMRC was lead by Tipper Gore).  There are plenty of examples of persons on both sides of the aisle deciding they know best what ideas the rest of us should be exposed to (or, more directly, protected from).  Both Liberals and Conservatives have a poor record on defending the right of dissenters to be heard.  The most recent case that comes to mind is that of the Westboro Baptist Church, whose egregious and inflammatory protests of military funerals ignited a bi-partisan call for legislation to ban such demonstrations.  The Supreme Court unanimously (and correctly) ruled in the Church’s favor, and the law remains firm that Freedom of Speech protects all viewpoints no matter how objectionable.  Conservatives are in luck at the moment, because they have to look no further than the current state of discourse on college campuses to attack Liberals’ lack of regard for our most valued freedom.

The students at Missouri appear to have had a point when they called for the resignation of their ineffective University President, but they crossed a line when they insisted that their protests should be a media-free zone; that there has been no clear retraction of that position from the student protesters speaks volumes.  Yale students caused us to wonder if they’re really so smart when they protested the remarks of a faculty member who said students have a right to wear whatever Halloween costume they wanted, no matter how insensitive or offensive; later, those privileged young masses obliviously protested a panel on Free Speech.

And then there are the future leaders at Amherst College, who have issued perhaps the most direct anti-free speech call of them all.  The Amherst Uprising’s official list of demands includes this frightening bit:

5.    President Martin must issue a statement to the Amherst College community at large that states we do not tolerate the actions of student(s) who posted the “All Lives Matter” posters, and the “Free Speech” posters that stated that “in memoriam of the true victim of the Missouri Protests: Free Speech.” Also let the student body know that it was racially insensitive to the students of color on our college campus and beyond who are victim to racial harassment and death threats; alert them that Student Affairs may require them to go through the Disciplinary Process if a formal complaint is filed, and that they will be required to attend extensive training for racial and cultural competency.

6.     President Martin must issue a statement of support for the revision of the Honor Code to reflect a zero-tolerance policy for racial insensitivity and hate speech.

I shudder to think what these students have in mind when they suggest “extensive training for racial and cultural competency.”  I wonder who decides how racially and culturally “competent” a person is or ought to be.  I have a feeling the previous two sentences might out me as decidedly incompetent.  While I assume Amherst already has a policy against hate speech, I wonder what the threshold is for “racial insensitivity”  (once again, I can’t shake the feeling that I’ve implicated myself simply by typing that sentence).

I’ll call it what it is — an Anti-Free Speech movement that has developed on American college campuses.  I optimistically assume that the movement is smaller than media portrayals make it appear, but it exists nonetheless.  These students may be quite justified in asserting that their campuses have failed them in addressing concerns about race and ought to do more in that regard, but on the topic of whether dissenting opinions have a right to be heard there should be no question.  All voices have a right to be heard, and that right does not bow to the sensibilities or sensitivities of any aggrieved mass no matter how justified.  Nor should the university administration take an official stance to favor certain viewpoints over others; the very idea is antithetical to the values of a university or higher education.

The more pressing issue may be that Liberals in general, who commonly consider themselves the bastions of free expression and reasoned discourse, seem so hesitant to condemn the anti-Free Speech positions of these misguided students.  Here’s a nice summary from Slate’s coverage of the issue:

“Today, the rhetoric of free speech is being abused in order to shut down dissent and facilitate bigotry,” Laurie Penny writes in a New Statesman piece titled “The Free Speech Delusion.” At the New Yorker, in “Race and the Free-Speech Diversion,” Jelani Cobb writes, “The freedom to offend the powerful is not equivalent to the freedom to bully the relatively disempowered.” TheGuardian’s Lindy West: “Teaching marginalised people that their concerns will always be imperiously dismissed, always subordinated to some decontextualised free-speech absolutism is a silencing tactic.” Kate Manne and Jason Stanley in the Chronicle of Higher Education: “All too often, when people depict others as threats to freedom of speech, what they really mean is, ‘Quiet!’ ”

The “rhetoric of free speech”;  I’m not sure what that means, exactly.  Was my above statement that “All voices have a right to be heard” an example of this rhetoric?  Or is it even more egregious statements like, say, “Free speech protects all viewpoints”?  And what does Ms. Cobb mean when she says “The freedom to offend the powerful is not equivalent to the freedom to bully the relatively disempowered”?  If what she means is that student protesters have more of a right to express themselves than those they protest against then she is categorically incorrect; if, on the other hand, she means that the students have just as much of a right to be heard as those they protest against then I couldn’t agree more (but then, that’s not what the student protesters we’ve been hearing from are demanding; indeed, they’re being heard and in some cases heeded).  As for the concern that “when people depict others as threats to freedom of speech, what they really mean is, ‘Quiet!’,” I’m sure that’s often true, but it’s not the present case.  Indeed, the students of the Amherst Uprising are depicted as a threat to Free Speech because they have demanded that the University silence students whose views they deem unacceptable; they are asking for an official sanctioning of particular viewpoints.  On what planet should that not be perceived as a threat to freedom of speech?

The hesitation of Liberal commentators to openly disapprove of anti-Free Speech demands, even while expressing support for the ultimate goals of the students who make them, is troubling.  Maybe I shouldn’t be surprised at the unwillingness of the Left to take this stand; there is certainly a political vein to this that hinders dissent from within the ranks.  But it’s making Conservatives look downright reasonable, which is almost unheard of in any debate regarding academia.  If a Conservative student movement (I mean, if there was one) demanded that dissenting views be silenced you can imagine how far that would get.  Liberals — especially academics — are the best equipped to make the case to students that their views matter, but so do everybody else’s.  Free Speech restricted is not Free Speech.