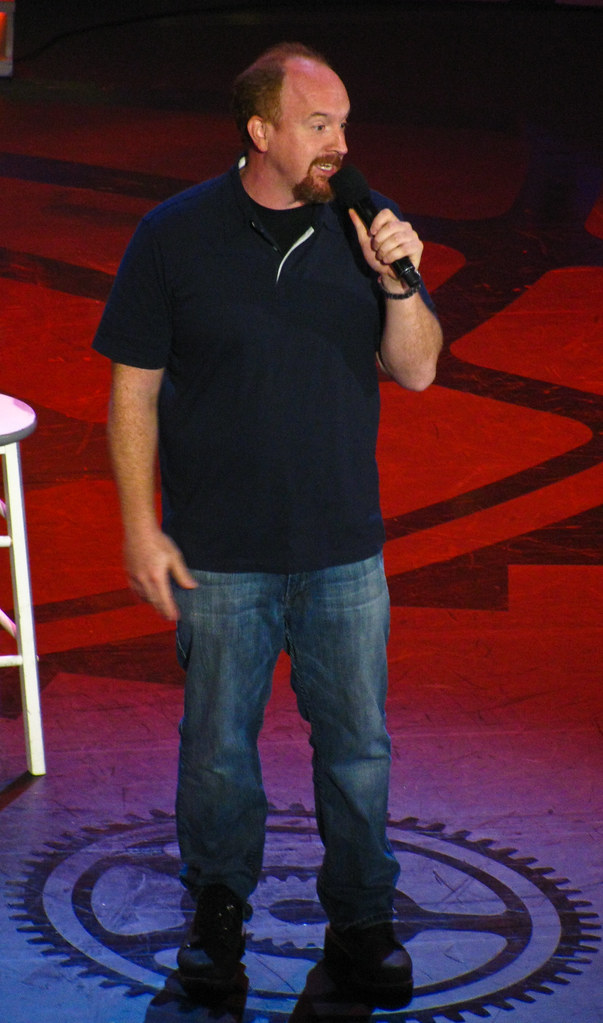 If you’re going to write anything about Louis CK, it has to start like this: Louis CK has admitted to committing numerous acts of sexual misconduct (that’s the word you use when it doesn’t legally rise to the level of “assault”).  I must remind you of the one thing absolutely everybody knows about CK: he’s a #MeToo guy.  Just add the phrase “disgraced comedian” before his name any time you hear it or see it mentioned in print.

So now that we’ve got all that out of the way, am I allowed to review CK’s new standup special Sincerely?  It’s released on his website, presumably because none of the major streaming platforms would touch the thing.  Or maybe it’s because he prefers not to share his money with a distributor — even before the publication of his *ahem* indiscretions, CK was acting as his own ticket broker and released streaming content through his own website.  Either way, he announced the release and within hours social media was flooded with concern.  How could he do such a thing?  And at a time like this!

After all, a #MeToo guy is supposed to go away forever (or, in the case of Ryan Seacrest, for like two weeks).  CK performing live is bad enough, but now he’s actually going to release the footage?  Online?!  For a nominal fee to be paid by those who choose to watch it?!?!  [Outrage ensues].

In case you can’t tell I’m a bit skeptical of the backlash.  Not to suggest that anyone should welcome CK’s return to the public sphere.  I can understand anyone who’s just plain finished with the guy.  But of course, others are free to have their feelings, too.  I myself go back and forth on how to approach the work of a #MeToo guy in the post-#MeToo world.  Can an artist be removed from the worst thing’s they’ve done in life?  And even if they can’t, can their work be appreciated on its own terms?  If you haven’t had these conversations with yourself you’re probably just not the kind of person who thinks about stuff.  I generally like to condemn not thinking about stuff, but after thinking about this a lot I don’t have any answers.  So maybe the non-thinkers know something I don’t.

I’ve seen several commentators (read: people who have Twitter accounts) note that CK needs to personally apologize to his victims or even share the future proceeds of any of his work with them.  I wonder, do we know that he hasn’t personally apologized or at least tried to?  Maybe he has.  Maybe his victims don’t want to hear from him.  I don’t know, but I’m sure that it’s not really my business.  And as for sharing proceeds with his victims, is there any indication that any of his victims care about his money?  It assumes low things about his victims to think that giving them some dough would make things better.

So again, and only because I get the sense that some will think I have no right to say anything about any of this to begin with, let me make this perfectly clear — I’m not defending CK, and I’m not even saying I’m ok with his return to doing the thing that many people think he’s one of the best people in the world at doing.  I guess I’m just saying that you can’t make a guy go away forever even if you think he should.  He exists and will continue to do so.  How do you deal with that?  It’s up to you.

So anyway, that’s the introduction that I feel I have to write before I can tell you that I watched CK’s new standup special.  I watched more out of curiosity than anything else; I always thought CK was a good standup but I’m not the biggest standup fan in general.  But that doesn’t matter now.  There’s a freak show element to anything CK does that overrides mere standup comedy.  Will he talk about *it*?  I mean, he can’t just NOT, can he?  What will he say?  How will the world react?  And at a time like this!  Well here are your answers: he talks about it, he probably could just not but that would be way weirder, he says what you’d expect from a guy who wants to put it all behind him, the world will react mostly by tweeting about how bad this is before losing interest.

CK comes across as a guy who feels slighted by his own shame, indignant at the consequences of his actions.  He doesn’t deny that what he’s done was wrong but also seems to feel singled out — everybody has “a thing,” CK jokes, and the whole world knows his.  He laments about being forced to tour in Europe, an experience that most aspiring comics can only dream about.  He steps right up to the line of playing the victim and seems genuinely unsure about whether he should just cross it and wallow on the other side.  One gets a clear impression that in his private life CK thinks of himself as a martyr on the losing end of a cultural shift that he never signed on to be a part of.  But that’s the thing about cultural shifts — they don’t need to ask permission, especially from the bad guys.  It’s for that reason that as comedy this material largely fails, but as a curiosity it’s hard to look away.  CK is a rare specimen — the #MeToo guy who’s stepping out into the light — and even those who condemn him on Twitter are gathered ’round and wondering what’s left of him.

By way of a proper review of Sincerely, is it possible for me to do that?  And does it really matter?  You already know whether you want to watch this thing or not.  If you do you’ll be satisfied enough.  If you don’t you’re not missing anything you can’t live without.  The question is whether CK can live without you.  I’m not sure, but he definitely wants you to think so.

← New music from…Bob Dylan???
Why You Should Stop Looking at the Number of Confirmed Cases →
Join 12 other subscribers